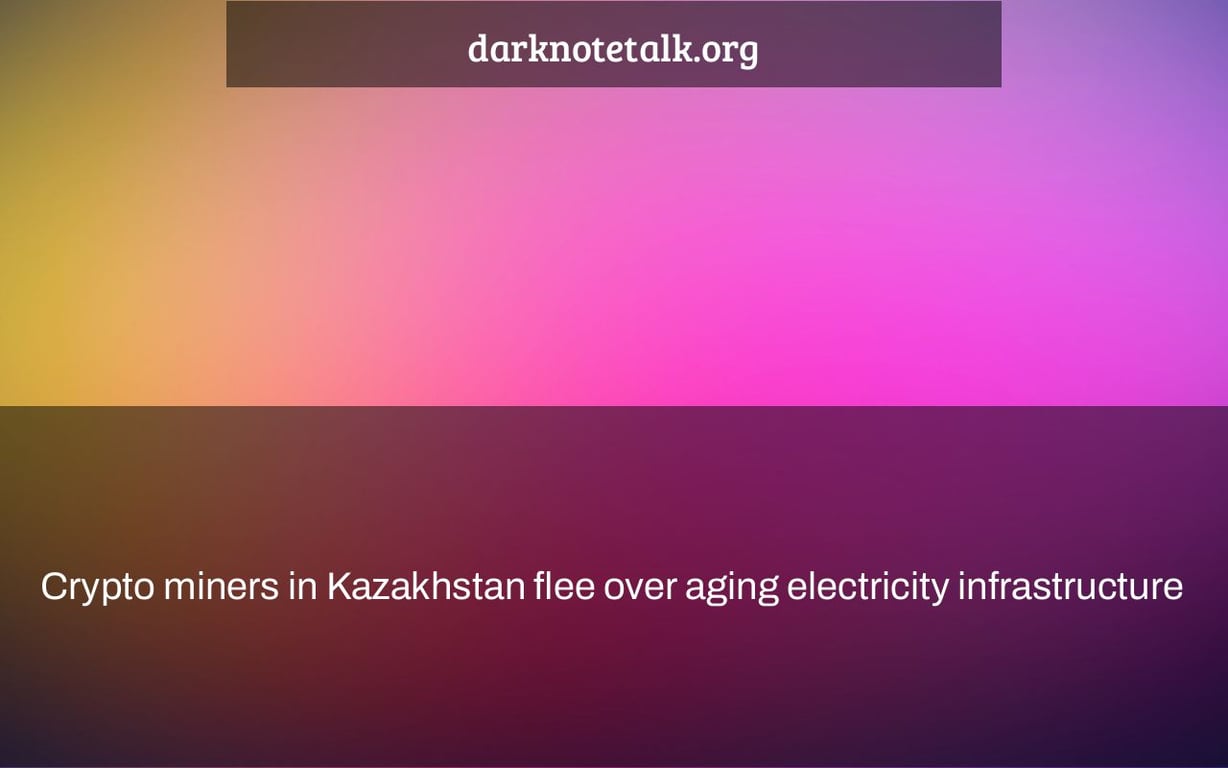 A recent article on Business Insider revealed the mining requirements of cryptocurrency in Kazakhstan have created a shortage, causing miners to flee. The sudden drop in power demand is not only due to decreased interest in cryptocurrencies but also because it will become more challenging for them to run their rigs.

Bitcoin mining is a process that uses computing power to solve complex mathematical problems and create new bitcoins. Bitcoin mining requires a lot of electricity, so miners have been moving to countries with cheap or free electricity like Iceland and China. However, Kazakhstan has recently announced that it will be shutting down its bitcoin mining operations because the country’s aging infrastructure cannot support the demand for electricity. Read more in detail here: when will bitcoin run out.

However, seven months later, it’s becoming clear that Kazakh miners are fed up with power outages. Due to the national grid’s failure to offer regular electricity, several miners claim they are on the verge of bankruptcy.

Just when the nation was beginning to establish itself as a major worldwide crypto mining centre, things seem to be going south as miners begin to flee.

Kazakhstan reaped the benefits of China’s crypto prohibition at first.

In May of this year, China made it illegal for banking institutions to engage with cryptocurrency transactions. Chinese officials have gotten more tough on the issue in the months thereafter.

The People’s Bank of China (PBoC) issued a statement in September declaring that all crypto operations are now prohibited.

People, as predicted, work around the regulations by using DEXes and P2P exchanges. And, in certain situations, using VPNs and foreign-registered information to continue using crypto exchanges.

The PBoC responded by vowing to close any loopholes, including classifying the usage of foreign exchanges as “illegal financial activity.” They claim that this is acceptable since digital money “endangers people’s assets’ safety.”

As a result of all of this, there has been a significant slowdown in crypto activity in China, as seen by the decline in mining hashrate coming out of the country.

According to the Cambridge Bitcoin Electricity Consumption Index, Bitcoin hashrate from China dropped significantly in May. Kazakhstan’s hashrate increased from 11.9 Eh/s in May to almost double to 21.9 Eh/s in August. 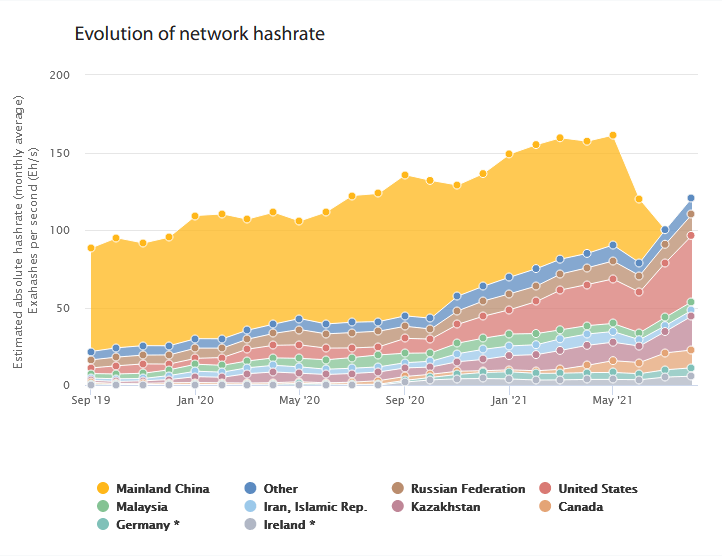 ccaf.io is the source of this information.

Part of the reason for this was the Kazakh government’s support of crypto mining via laws that recognized the practice and provided tax benefits to miners.

It also helps that the nation has among of the lowest power costs in the world, with families paying $0.041 per kWh.

Infrastructure from the Soviet period isn’t up to par.

The country’s old Soviet-era energy system felt the pressure as soon as crypto miners opened up shop in Kazakhstan. Residents immediately attribute power outages to the presence of miners in the land.

Didar Bekbauov, the founder of Xive, a crypto mining company based in the area, said:

“Mining has been made a scapegoat.”

Xive also shuttered one of its mining fields in Kazakhstan’s south when its electricity was interrupted in November, according to Bekbauov. While the firm still has a facility in the nation, he is considering shutting down all activities and relocating to the United States.

Bitmain-backed BitFuFu shut down its Kazakstan operations earlier this month to set up shop in the United States.